Documentation Machine
The mere occupation of a building allows the user to superimpose their program over that which the building was designed to contain. The occupant expands the domain in the act of colonisation; leaving residue or proof of inhabitation as an extension to the original architecture.
The Documentation Machine records the way I inhabit a specific site. The machine simultaneously captures my location, the time of day and the activity I am engaging in. With these points of reference, information can be gathered, and maps can be drawn, that describe ‘an ephemeral architecture’ - its program, boundary and time of occupation.
Process
The machine is worn over the shoulder as if it were a bag. The movement caused by the string spooling away from an external anchor point begins the machine’s operation. As the user walks, the string is forced from the spool and consequently turns the cogs within the gearbox. The gearbox translates the length of line pulled into pressure applied to the capture button of a camera so that one photo is taken every five metres walked. A periscope system divides the picture allowing each frame to show two images. The first image focuses behind the user as to capture the current location. The second image centres on the user's hand, recording their activity and automatically documenting time.
The maps can be viewed individually or superimposed over other data to offer a set of situational relationships. 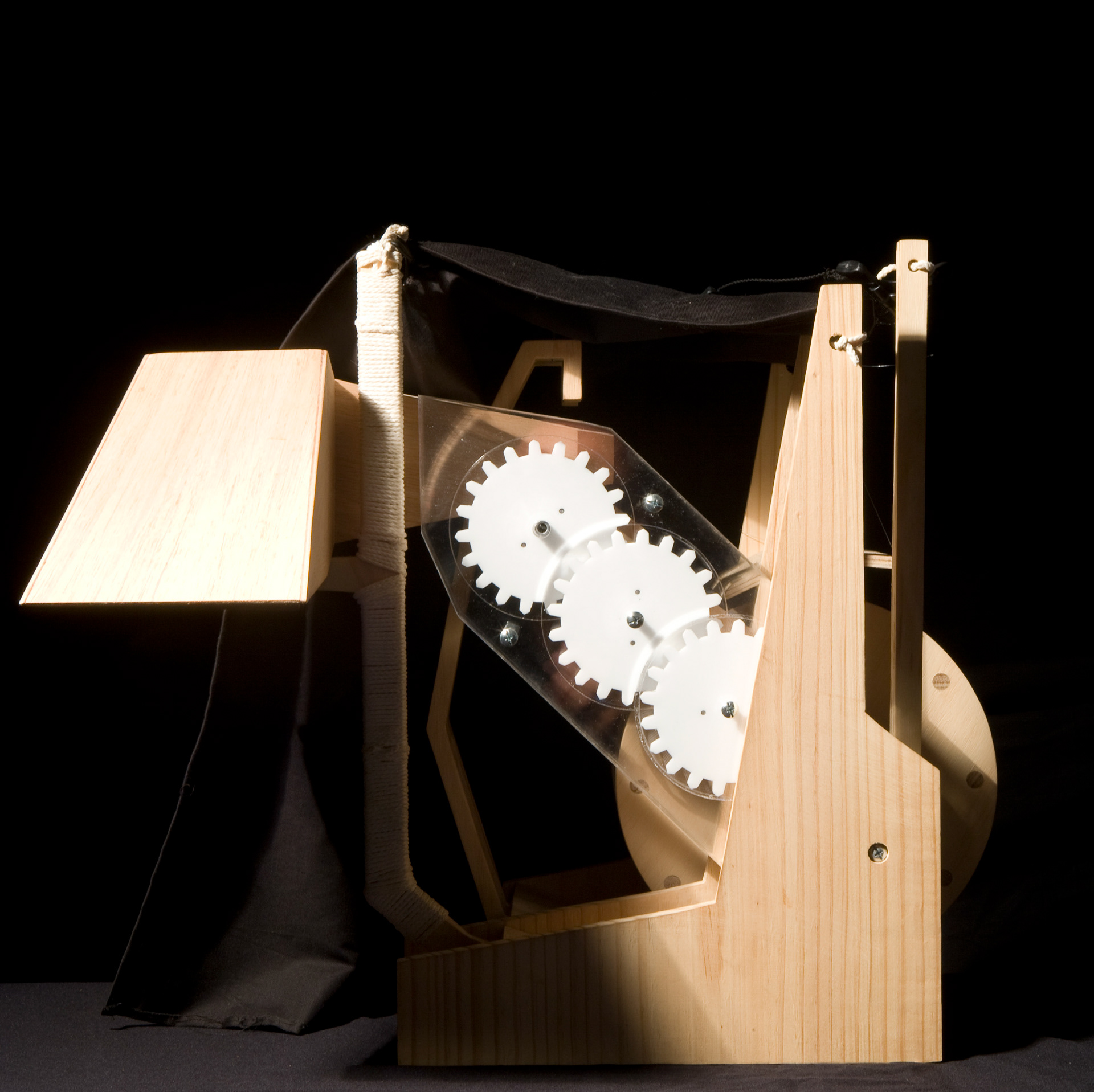 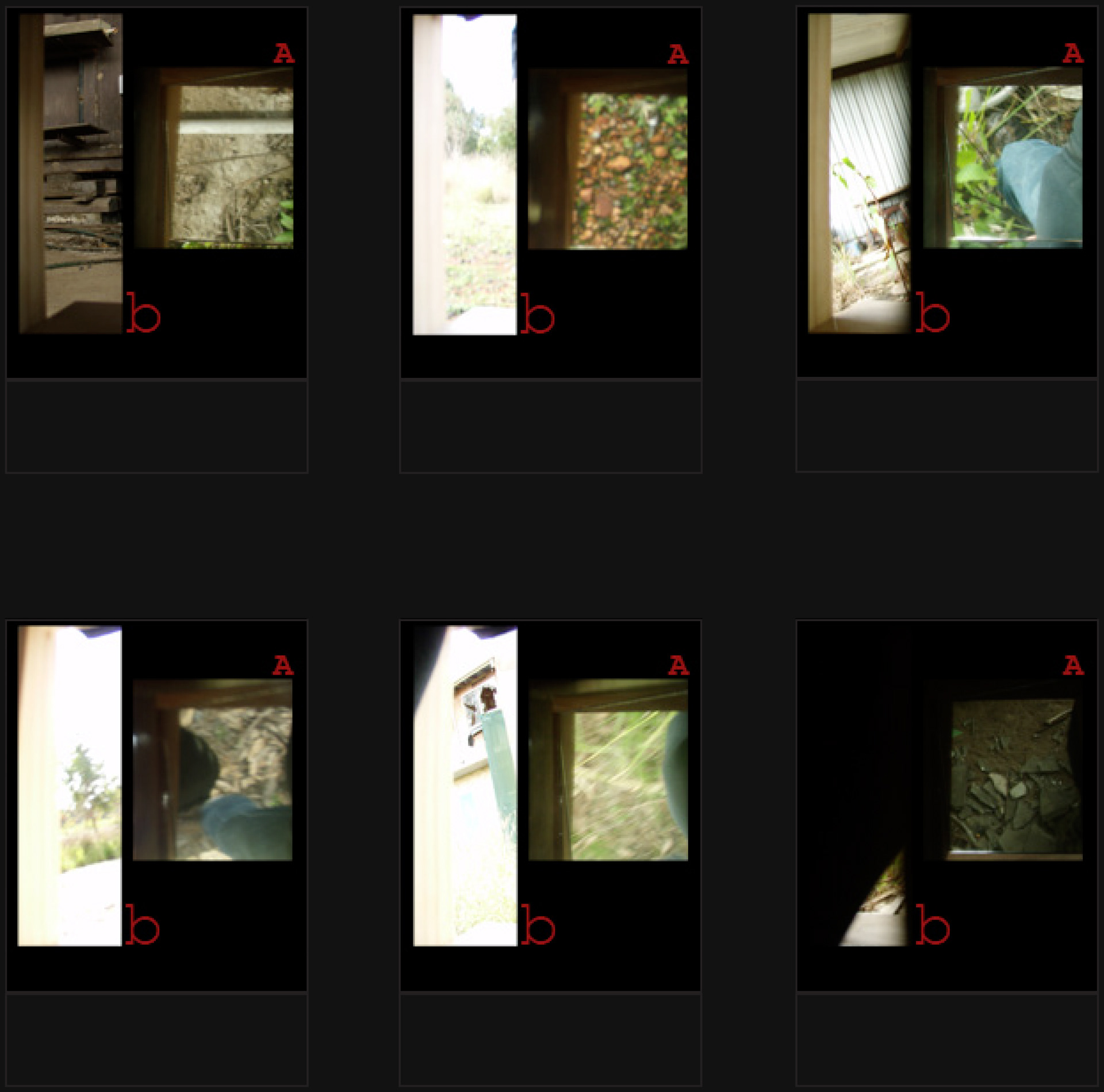