A landscape to host theatrical performance made possible by the careful choreography of transport infrastructure.
The Interstate 15 stretches north from the major ports of Long Beach and Los Angeles, through the vertical breadth of the United States of America to the Canadian Border. The highway provides a vital trade artery serving the cities of Los Angeles, Las Vegas and Salt Lake City.
The border between Nevada and California generates a largely invisible disruption (opportunity) hidden within a shift in State legislation. Where both Utah and Nevada allow the Trucks to haul three connected trailers, California restricts its road cargo to a maximum of two. As a consequence of this legal force, Clark County, Nevada becomes a critical point on the Interstate 15 where the truck is forced to either drop a trailer before it enters California or pick up a trailer filled with Nevada exports bound for Salt Lake City.
The proposed site is positioned half a mile off the Interstate 15 in a precise part of Las Vegas where culture and the small-scale industrial and commercial lots begin to fuse. The drive-in theatre aims to create a modular landscape by manipulating the preexisting forces that are active within the site and its connections.
By examining the spatial potential of the specific trailer types used to haul goods from Las Vegas to Salt Lake City, the Drive-In Theatre enables the construction of an ephemeral cultural landscape with a series of pre-existing modules – the grain trailer, the flatbed trailer, the lowboy trailer, the van trailer and the dump trailer. By carefully choreographing the short-term storage of these trailer types, a scaffold is created that allows the semi-industrial site to generate culture through theatre and shift to temporarily become a functioning part of the adjacent arts district.
This hypothetical proposal won the International Design Competition 'Adaptive Urban Greenscape' 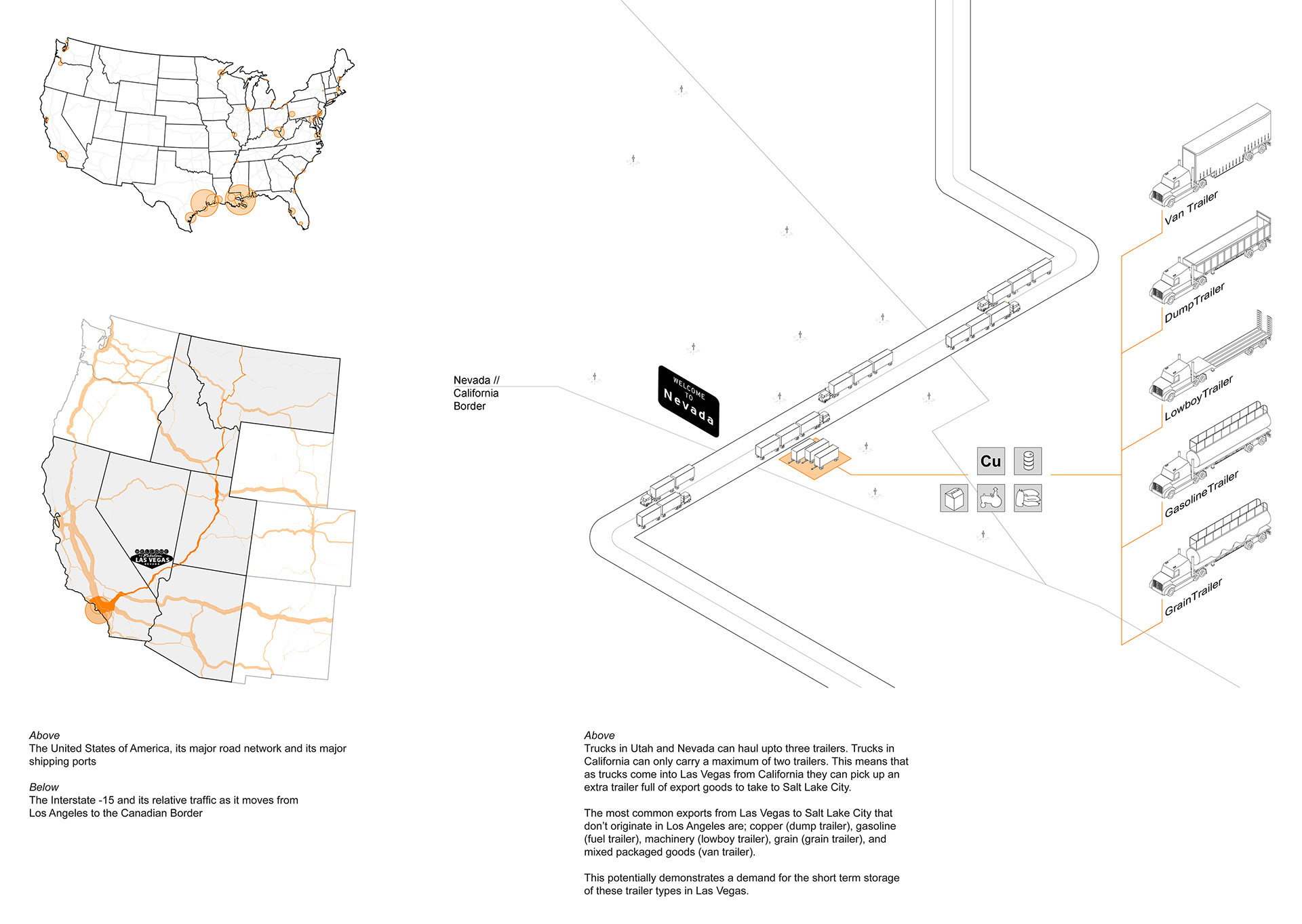 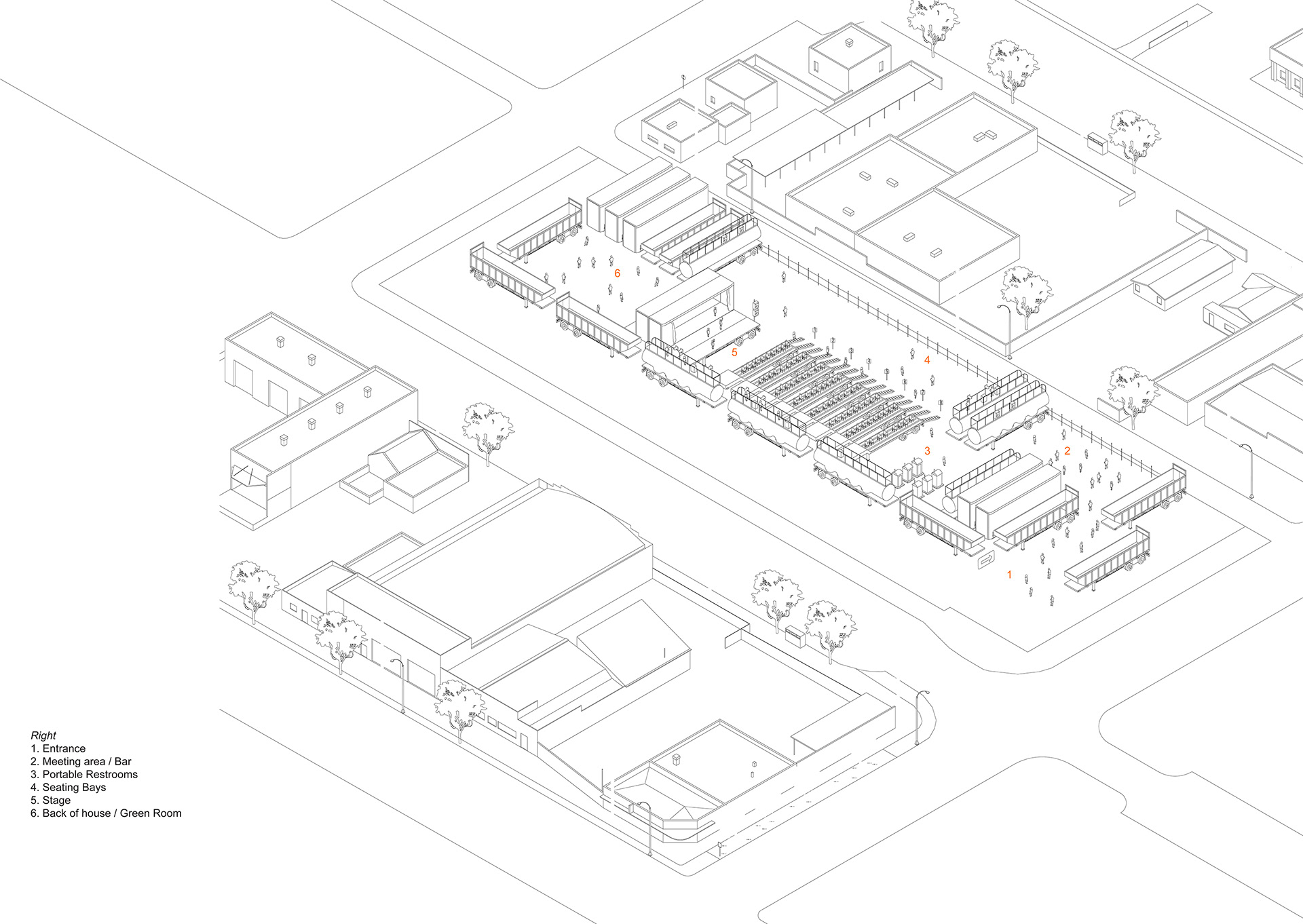