What if parks could slide?...
A series of slender pontoons cast into the harbour. Shifting grounds create new conditions for exchange. Games adrift, traffic stopped, industrial relics uprooted, trees moored; turf launched into the bay. This scheme at Wentworth Park, on the fringes of Sydney City, questions the relationship between program and condition by shifting ground. In an era of overplanned urbanism, the function of space is becoming increasingly tailored to serve only the specific event. This scheme acts as a scaffold over which the inhabitant can superimpose their imagination. The shifting ground inspires different activities and employs its users with the role of designing function over the landscape continually in flux.
Day 270
On a lazy Sunday at the start of spring people head into Wentworth Park. Some bring balls to kick around while others take a book, most just take a bag with some afternoon tea. Everyone knows that they cannot fully predict what the park will offer today. All of the landscape, structures and landmarks are familiar except they have shifted. The novelty causes confusion, excitement and frustration. Children run around and explore the park's new boundaries while others cuss and shout about having to walk around the new canal that is blocking access across the field. Finally, as daylight turns to twilight, a movie is projected against a segment of an abandoned timber wall. Attention quickly gathers at the corner of the park as word spreads rapidly. 'The cinema is back! The cinema is back! Come down and have a look', says one middle-aged lady to her neighbour on the phone. The wall has shifted during the day; cars can no longer use the once busy Bridge Road and families begin to take a seat on the grass now located next to the giant fig trees. After the movie, the people pack up and head on home. They wonder how long the 'cinema' will be around for. No one knows for sure, last time it appeared it only remained stationary for three days and once it began to shift halfway through the first movie.
Day 4
The middle of summer has hit, and the city is both hot and dusty. Holidays for Christmas and the New Year are coming to an end, and everyone is enjoying their final days of leisure. Groups of social football teams are playing on makeshift pitches down at Wentworth Park; the sea breeze offers at least some refreshment to the players running up and down the field. A mixture of friends and confused tourists take shelter under the fibreglass umbrellas that were only a week ago stationed outside the fish markets. Local fans are delighted by the pseudo-stadium that has appeared in time for the game, while customers of the market are left a little bewildered when they are told that they must walk 100 metres from the counter to the seating area. All who are sitting down quickly take part as spectators; friends, families and participants merge with the now enthusiastic customers who came to Pyrmont in search of fish and chips.
Strips of land slide back and forth creating restless topographies. A park we ask?..... ever-altering variables allowing shifting ground to exchange; a landscape that inspires changing events. What if every second Sunday the fish markets transgress; sliding into the park affording soccer mums and soccer dads the comfort of a fibreglass umbrella and fresh seafood. What if twice a week creeks of water stretch across the park, they separate playing fields and destroy access ways. People come to splash in the water; some cast fishing rods while commuters complain about having to walk around the new obstacles. What if once a month a part of the road shifts north? A four-meter section of the abandoned timber wall slides back to become a projector screen. Families sit on the road and grass enjoying the best of local short films. When space no longer binds possibilities, landscapes shift, and inhabitation defines the program.
This Project was undertaken as part of Sawtooth Studio and achieved a shortlisting in the 2010 'Unlandscaped' Competition 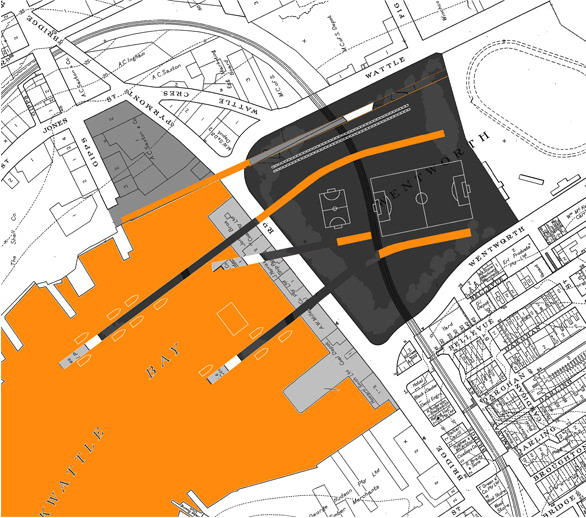 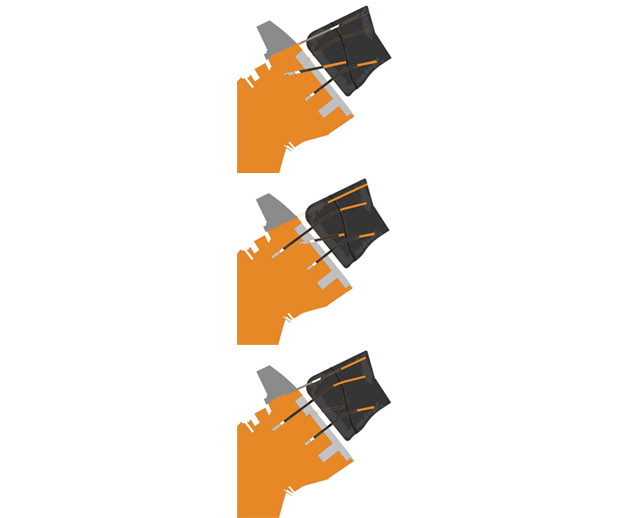 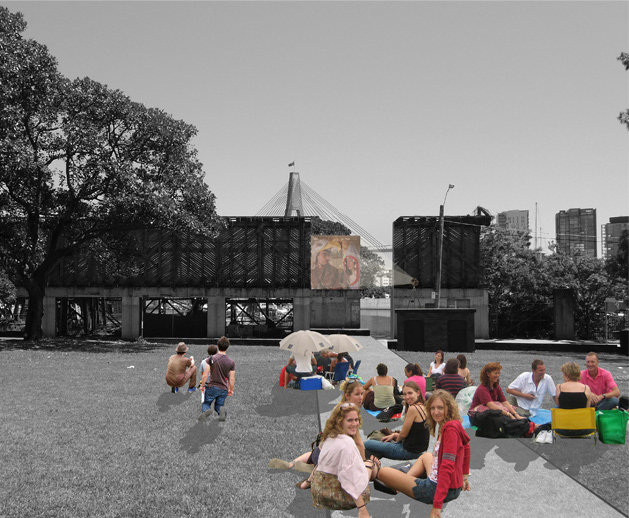 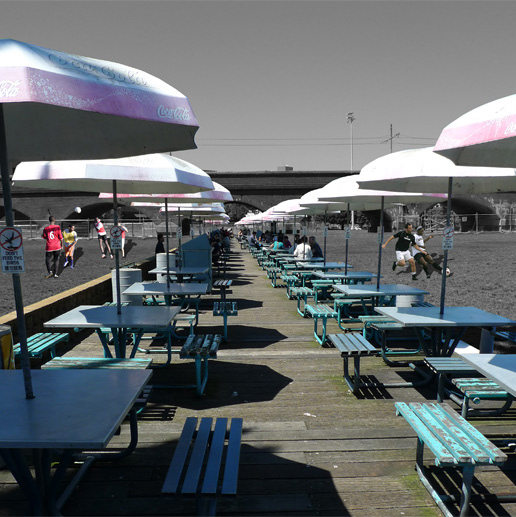 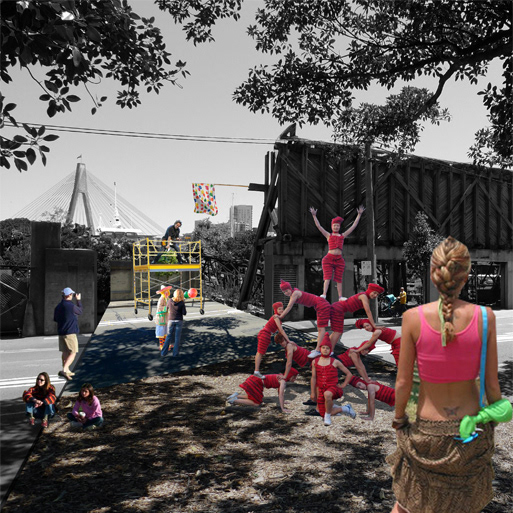 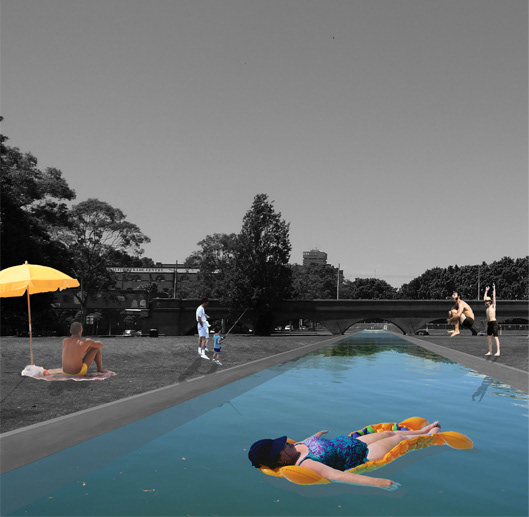