This project was designed and realized with Sawtooth Studios
The Pre-Use Pavilion was a temporary chill out and exhibition pavilion designed to showcase the work of the Faculty of the Built Environment at the University of New South Wales. The Pavilion was first deployed for The Grand Designs Live event in Sydney, and its materials and modular components have since been reused, redesigned and reconstructed by the students of the university at other exhibitions in Sydney.
The brief called for a pavilion that would provide a large amount of accessible seating as well as display proposals and prototypes from the schools of architecture, interior architecture, landscape architecture and industrial design. Referencing the highly cross-disciplinary nature of the Faculty of the built environment, the Pre-Use Pavilion aimed to not only democratically display the different works from the various schools in the faculty, but also to acts as a representation of this quality. The pavilion is simultaneously a single landscape, a single piece of furniture and a single piece of architecture.
To make the project as sustainable as possible the strategy of using borrowed materials was employed. The pavilion was constructed almost entirely using modular tanks conventionally used for subterranean stormwater management. The material was provided through sponsorship for use during the three-day event before being disassembled and delivered to the University of New South Wales for students to use in curating their final year exhibitions. It was planned that after this series of shows the material would again be repackaged and returned to the supplier to be redistributed for its intended application as underground water tanks. The tanks were not only re-used, but more appropriately, ‘pre-used'. A small detour was created in the material's transition between factory and final use that afforded the Grand Designs pavilion as well as two later university exhibition displays with minimal additional material.
This project was undertaken by Sawtooth Studios. It was commissioned by 'BE' at the University of New South Wales.
Photos taken by Daniel Shipp 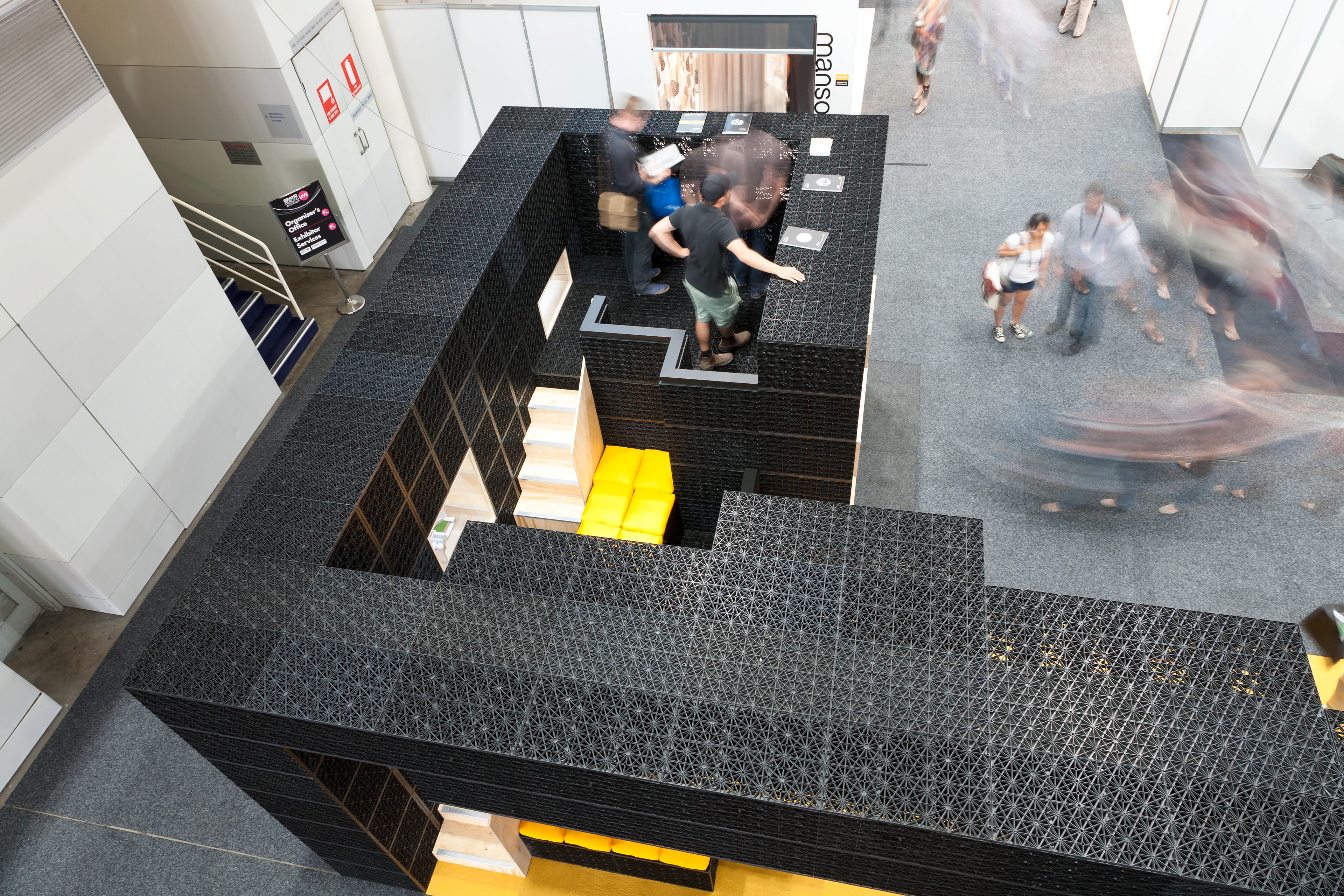 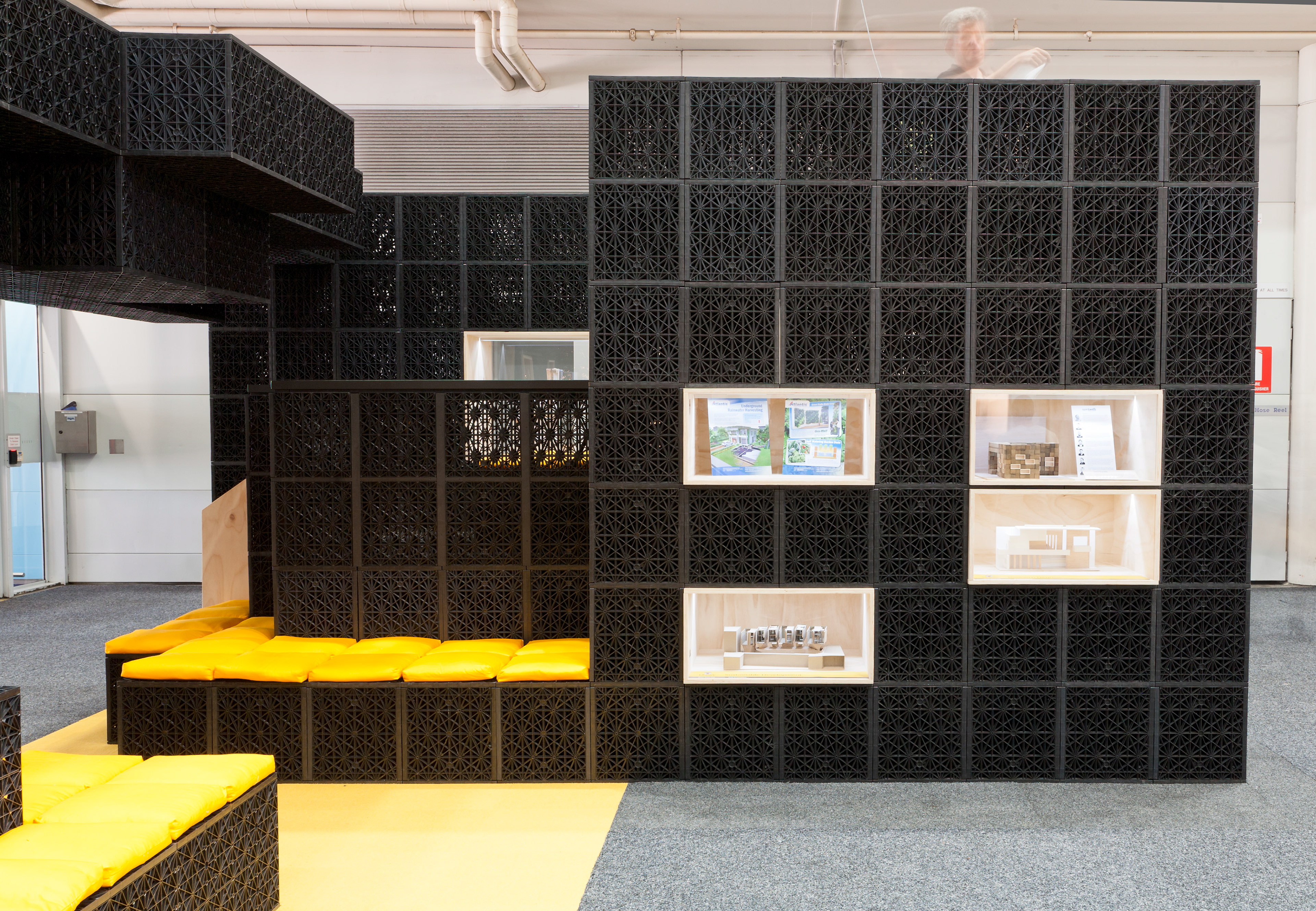 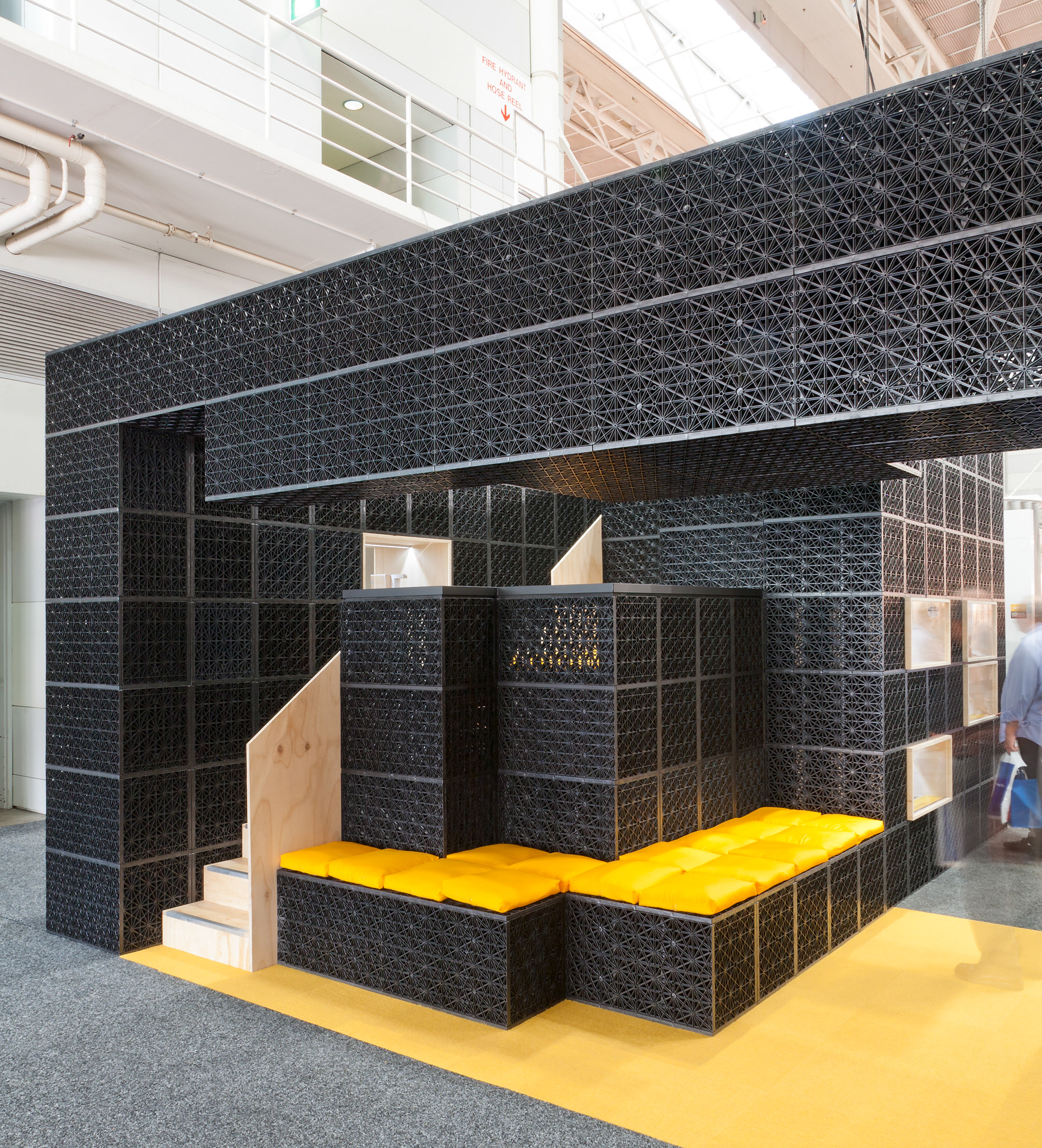 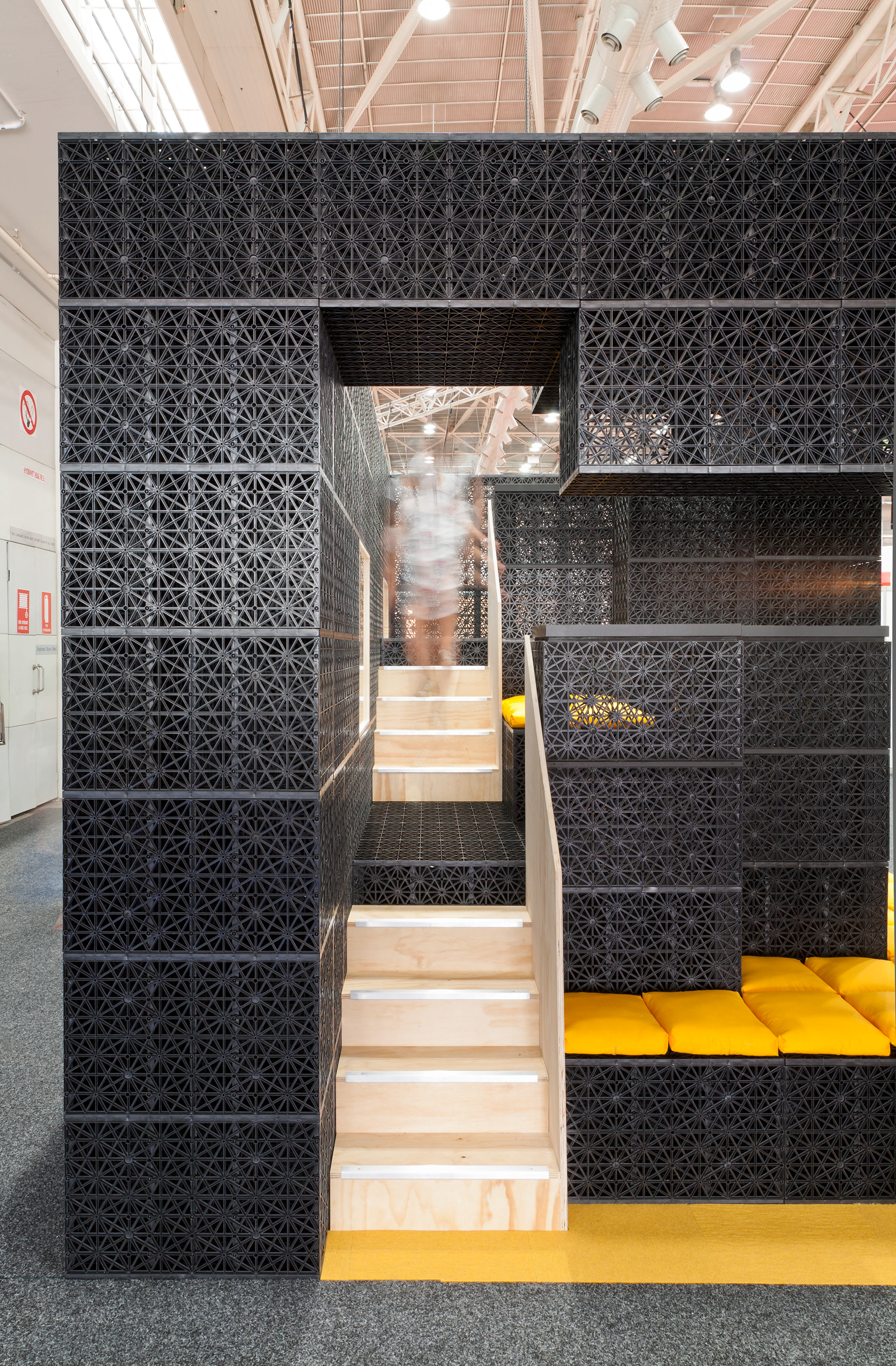